National Institute for Electoral Integrity (NIEI) strongly condemns the move by the Malaysian Commission on Multimedia and Communication (MCMC) to investigate 12 staff from an independent online news website, Malaysiakini in relation to the video production of the cow-head protest against the proposed plan to build a new Hindu temple in Seksyen 23, Shah Alam on 28th August 2009.

The Commission is also reportedly having recorded statements from Malaysiakini’s server hosting company at its office on Jalan Kuchai Lama, Kuala Lumpur. One videographer who is on leave was taken for questioning last Thursday. Previously, Steven Gan, the Chief Editor has been called for questioning and his statement was taken in.

NIEI believes that the action by the MCMC is malafide in nature and contradicts with the principle of democracy and freedom of press enshrined in the Malaysian Constitution and Universal Declaration of Human Rights which stipulated in the Article 19 - Everyone has the right to freedom of opinion and expression; this right includes freedom to hold opinions without interference and to seek, receive and impart information and ideas through any media and regardless of frontiers.

In conjunction with the Malaysian version of Human Rights Day last week, NIEI demands that Malaysian government and MCMC to stop its action which clearly infringing human rights in Malaysia.

While other mainstream media such as television and radio stations and print media are vigorously put under the spell of Publication and Printing Act, we urged the Malaysian government to allow and respect individual rights to online information.

Lately, several uncalled moves by the Malaysian authorities in relation to media has tainted Prime Minister’s own mantra; “People First, Performance Now” and the 52nd anniversary of Malaysian Independence Day on 31st August. If thus Malaysians people are the priority, respecting the individual’s freedom and rights to information is a condition for nation building.

This statement was endorsed by: 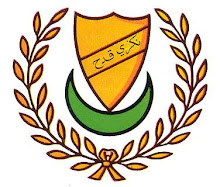